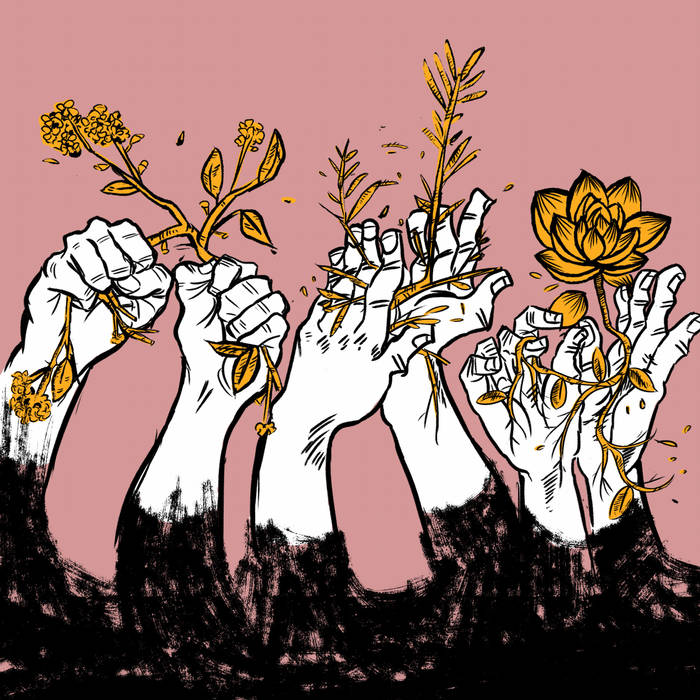 "In 2015 we wrote three songs named after the 'hear no evil, speak no evil, see no evil' monkeys. The track Mizaru was a proper musical collaboration between Nathan and I - it was written on a Fender Bass VI which is sort of somewhere between a bass and a guitar. We tried to get the dream-like vibe of impressionist composers like Satie and Debussy - I still love that song and we play it all the time live. There's a really grumbly cool sound from a BOSS slicer pedal in the second verse that I wish we turned up louder in the mix. Iwazaru is some kind of weird off-kilter bossa nova with lyrics basically telling myself to stop talking so much (here I am five years later typing random spiel). There was also a third recording titled Kikazaru ("hear no evil") which wasn't released by us but went on a compilation instead (see what we did there). Fiona McDonnell did the artwork for this and we've been really close pals since. Check her out online, she's a great illustrator. Small Town America Records did these cool lathe-cut records, they looked great but did not sound very good but hey there's always spotify?". - Chris, April 2020